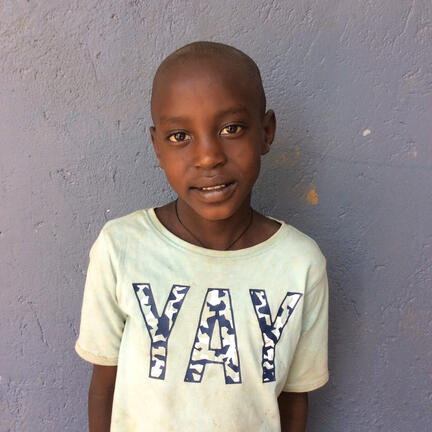 Linet, and her siblings were abandoned by their father and are now living with their mother who is a peasant farmer and also does casual labor to sustain the family. Linet is a 6 year old twin girl who is in primary one at Aunt Elvi primary school where she walks for about 20 minutes to and from school. She fetches water from from a nearby pond, washes utensils and cleans the compound. She is hardworking both at home and at school and she would like to become a Nurse in future.