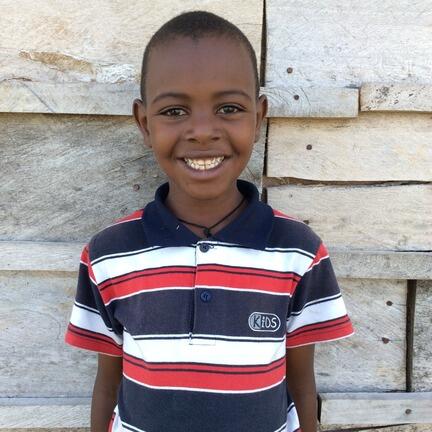 Derrick is a 6 year old boy who is studying at God's Grace primary school in primary one. He has a dream of becoming a police officer in future in order to protect his community from bad people. He stays with his single mother and other siblings because he lost his father when he was a little boy and it is his mother who operates a small shop at the landing site from which she earns a living to support her children and herself. Derrick helps his mother with some domestic work like fetching water from the lake, cleaning the compound and washing utensils. His best subject at school is mathematics and also loves playing soccer at school during his free time. He walks for about 700m to and from school with his friends from the same village and his special needs include books, school uniform, clothes and shoes and fees.